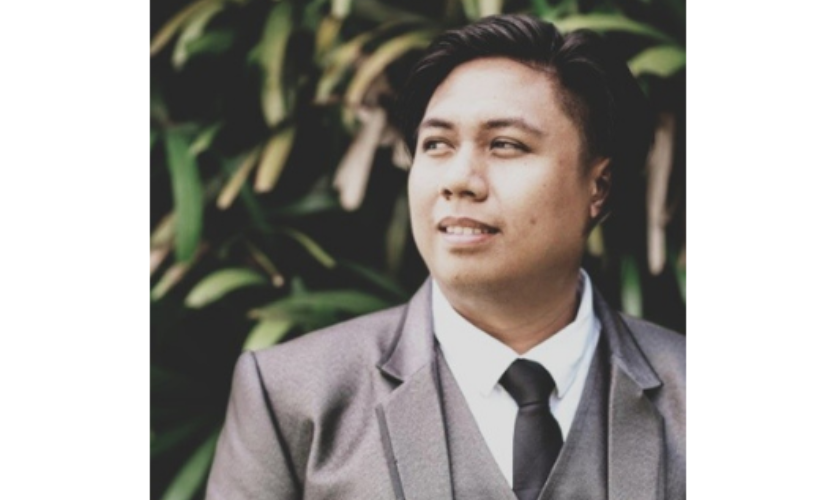 Marco Palinar is proof of how sometimes, life sends you on a path, different from what you set out for yourself.

The Brankas spotlight turns on for our resident UI/UX guy, all-around-design-master, Pay Product Manager, rockstar, and sneakerhead- Marco. He gets candid about his beginnings, his career evolution, and his Brankas baby- Pay.

Can you share a little bit about your background and hobbies/passion?

“I was born in a small city about 5-6 hours northwest of Manila. I spent most of my life there until I went to college in the University of Philippine’s northern campus in Baguio City – about 2 hours away from my hometown. My parents' background was in journalism/media and education. They ran a provincial weekly newspaper which sort of gave me my first ‘taste’ of designing as I had to learn the software Adobe Pagemaker and teach it to my mom so she could lay out each week’s issue herself. She did this all while acting as Editor-in-Chief and teaching english classes at the local Chinese School. My dad on the other hand had a regular A.M. radio news program and had a short stint in local politics as a municipal councilor. He would go on to teach business classes at a nearby college.

We weren’t well to do, so both my parents had to work unbelievably hard to give me and my siblings a lot of the opportunities we had growing up. My mom especially would find ways for me to join tons of conferences, competitions even if she had to pull strings to get me in. Fortunately I excelled in most extra curricular activities I entered, and ended up attending a bunch of regional and national level competitions and conferences.

As far as hobbies, I really don’t have any – only episodic obsessions. I kid! But yeah, it is quite true – I do have this weird trait where when I decide to take up a hobby, it ends up snowballing into something that consumes me. In highschool and early college it was music and playing guitar in a band (used to practice 8-10 hours a day), late college was graphic design (which led me to my career in design and eventually product), mid 20s was modifying (eventually collecting) cars (which turned into racing cars on the track), and now just recently during the pandemic: collecting/investing in sneakers. My biggest obsession now though are my 2 boys. I know it sounds a bit cliche but the moment they entered my life, it was a very humbling moment for me. The moment you realize that you are “custodian” to another human life changes your perspective on a lot of things.”

What course did you take up in college and what profession did you envision yourself in?

“When I entered college in UP Baguio they had a really great double major program for the social sciences. I ended up taking B.A. in Social Science majoring in both Psychology and Political Science. The plan was that I would go into law school after my undergraduate studies.

Eventually though, I picked up an interest in graphic design as a result of hanging around the Fine Arts department a lot. During the tail end of my college years I was already doing the odd design job here and there. That’s when it occurred to me how much I was enjoying it and figured why not try to make a career out of designing.

After graduation, before I was supposed to hunt for a law school, I bargained with my parents to give me 6 months so I could try my luck finding a job in design. The deal was that If I could not land a job after 6 months, I’d go home and enroll in a law school.

This was before the web 2.0 bubble which meant that designing applications on the web as we know it now was still in its infancy. So back then I was looking for graphic design work. After 5 months of rejections, on the sixth month I was able to land a small low paying job as a graphic designer for an events company. I never looked back since. Eventually it would be my mom who ended up going to law school.”

Marco’s parents encouraged him and siblings to try different things and be proactive about what they want. Having a strong support system helped him build his confidence. In highschool, he was part of the debate and PR teams. In college, he involved himself in more extra-curricular activities. He was a student council member, organized a student political party, joined a fraternity; Marco was all out.

Looking back, Marco recounts that while it was important to excel in his academics, it was through being part of those social activities that he learned about diversity, about different personalities and how to deal with them, about empathy, about the importance of standing up for his beliefs, and about facing challenges head on.

Career in Design and Highlights

After deciding to walk away from his dream of becoming a lawyer, Marco dived into the world of Graphic Design. He was working at Dotph, the Philippines’ official domain registry when he met Jolo Santos (Brankas designer and colleague). Jolo’s suggestion and referral convinced Marco to join one of the early pioneers in social networking – Friendster. This is where he cut his teeth in UX and UI design. He learned about the inner workings of designing and developing for a high traffic web application. The company provided him with an excellent playground to make mistakes and do better innovations for its ~20 million users at the time.

As he was slowly initiated into the world of modern web app development, Marco started getting design and consulting projects on the side, first from colleagues – and then eventually other startups in Silicon Valley. He realized that not all companies have the resources for a dedicated UX/UI designer. Identifying this gap in the market has allowed him to turn that into an opportunity for the next phase in his career.

So about a year into working for Friendster, Marco decided to take on the consulting role full time, he allowed himself to explore and perfect his craft unrestrictedly. He worked independently for the next 11 years and produced some of his most notable collaborations:

“Making a Dent in the World” with Brankas

Over the years, Marco has had the chance to elevate his skill set and expand to product design and management. However after a little over a decade of consulting, he felt the need to make a more lasting impact on a product or industry. This was when he decided to hunt for a company where he could embed himself and contribute to building a product that he believed could impact people’s lives.

While at aCommerce, he was already consulting with Brankas’s founders Todd and Ken on several of Brankas early-stage projects. The company’s culture, values and goals made it easy for Marco to realize that joining Brankas was a definite fit. Not long after he left aCommerce to become Brankas employee number 3 in 2017.

What are the best things about working at Brankas?

“We do a lot of things differently compared to other tech companies, which has afforded us a lot of advantages. For example our decision to be “remote first” has enabled us to not concentrate on the candidate’s location when hiring, so we are able to hire good talent wherever they are in the world. Another thing that is unique to Brankas is how the company values openness and transparency. Any employee can go to anyone and ask for help or discuss any aspect of the company. I can go to Mike (CPO), or ask Todd (CEO) for five minutes, and that is encouraged. This is something that I hope we can maintain and not change as we grow.”

As the company grew, Marco’s role slowly evolved. Starting out as the sole resource for design and product management, he has slowly shifted his focus towards managing design and product teams. He’s started to realize that after 13 years in doing design his time and energy is much better spent mentoring younger, more talented product designers. Taking on the responsibility of heading the company’s internal design team he aims to create a framework within the company where designers can evolve their design practice, all while building a world-class design team in Brankas.

Brankas Pay: An initiative in the middle of chaos

Marco is the Product Manager of Brankas Pay , the latest Brankas innovation that allows a simple bank transfer payment to online micro and medium merchants.

Pay has long been in the Brankas idea bank, but accelerated because of the sudden need to switch to the digital world.

During this pandemic, one of the challenges for both the consumers and the online hustlers is the manual bank transfer process of payments, which is both tedious and prone to human error. Just one missed digit, and you’re in for a long and inconvenient ride to reverse that incorrect transaction.

Brankas Pay simplifies this fund transfer process by allowing merchants to create a one-time invoice link that their customers can use to submit their payments. It implements a 4-step flow that is practical and secure.

Pay adapts to the banks’ login flow, minus the critical steps of copying account numbers, account names, or payable amounts. No need to send a screenshot of your proof of payment, because merchants can track the payment status, real time! With Pay, MSMEs can easily reconcile transactions with unique identifiers such as invoice IDs and customer names.

Brankas Pay is currently on private beta with over 30 merchants offering it as a mode payment to their end-users. Customers have expressed positive feedback like how secure and convenient it is to use.

In the next 6 months, Marco and the Pay team are looking to offer Pay to the general public. You may visit https://brank.as/pay to sign up and start using Pay today!

Interested in a career in fintech? Marco is hiring Interns, UI and UX Designers! Send in your CV at marco.palinar@brank.as or check Brankas Careers .

You’ve got your brief and you’ve decided you’re going to do a user interview (or In-Depth Interview as some may call it). Now what? For seasoned UX researchers the next steps might seem clerical, but it’s not without its own strategies to make sure you’ll end up with rich findings. Here are some things that we need to prepare before a user interview.

Michelle Christine: Next Generation People Operations Associate - She talks about her beginnings, her love for people and culture, and where she’s taking the future of Brankas recruitment.