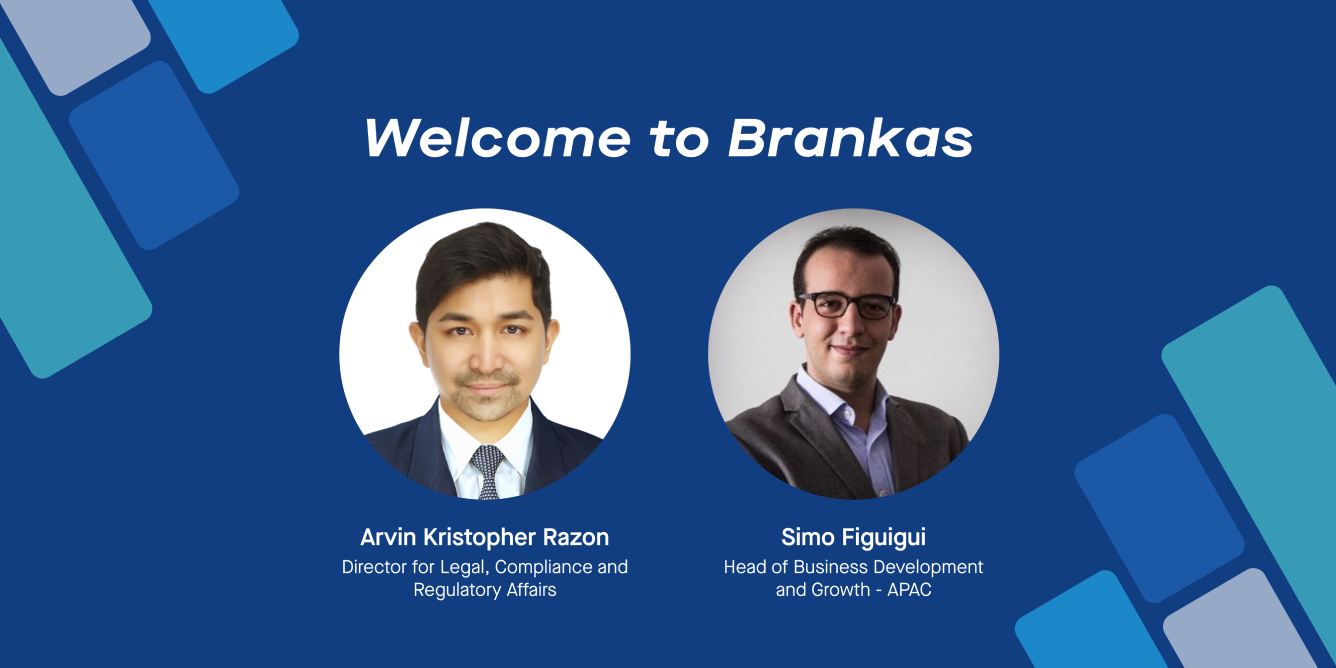 With Arvin’s extensive experience in data privacy law and Simo’s excellent rep in business expansion acumen, Brankas is on its way to accelerating Open Finance adoption in Southeast Asia.

Arvin will lead as the Director for Legal, Compliance, and Regulatory Affairs, while Simo will take up the firm’s Head of Business Development & Growth position.

This news comes on the heels of Brankas’ accelerated growth in the region. Founded in 2016, Brankas now operates in six countries; the Philippines, Indonesia, Thailand, Singapore, Vietnam, and Bangladesh. The firm has also teamed up with over 30 financial institutions across the region to drive financial inclusion.

Both appointees have impressive track records in their respective fields. Before joining Brankas, Arvin served as Legal Counsel for ING Philippines - the first all-digital bank in the Philippines - where he provided full-scope legal coverage of the bank’s operation and regulatory aspects of the business.

He has a strong track record in data privacy, following his role as Deputy DPO for ING Philippines, where he was extensively involved in developing and implementing policies and procedures for data privacy. In his role, he was also instrumental in leading the Bank’s privacy impact assessments, risk mitigation controls, and data privacy training among stakeholders.

Meanwhile, in his new role, Simo will leverage his years of experience as an APAC business expansion specialist to help deliver Brankas’ powerful technology in transforming financial services in Southeast Asia.

He was previously leading Sales in Asia for Zai, building the company’s go-to-market strategy from the ground up. He was also a part of fintech unicorn Rapyd’s APAC early joiners and Europe’s most prominent shopping rewards company GSG founding team member for APAC, working on some of the companies’ most strategic expansion projects.

At Brankas, Arvin and Simo are joining the ranks of experts and forward thinkers passionate about helping the region’s under-served populations with access to modern financial services. We are always on the lookout for talents to be a part of our growing team. Check out available positions here .

From being a Marine to a high-caliber Systems Engineer, Chad Kunde has come a long way from his humble beginnings on his family’s farm in Iowa. Growing up with 3 sisters, you can only imagine the chaos!

Originally from Bangladesh, Anik came to Singapore for his undergrad studies at the National University of Singapore. A Biomedical Engineering graduate, passionate about academic research, and has vast experience in areas like 3D printing, cancer cell study; even co-authored papers in peer-reviewed scientific journals! With a career path set in scientific research, how did this young achiever end up at Brankas, his takeaways from working for a fintech startup, and some life lessons for his peers.